Search is on for Leeds’ Best Musicians 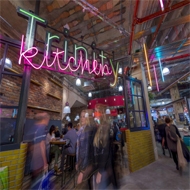 An album to capture the ‘real sound of Leeds’,  featuring some of the City’s best musicians, is to be recorded live in front of the public at Trinity Leeds Shopping Centre this Spring, and entries to be involved are set to open on Monday 9thMarch.

In conjunction with the team behind Live at Leeds and with an impressive judging panel including Ben Williams, general manager of first direct Arena, Radio Aire Breakfast Show presenter, Kam Kelly, Miz DeShannon, event producer and public relations at Leeds College of Music, Live at Leeds festival booker, Ben Lewis and marketing manager of Trinity Leeds, Paul Smith, the event looks set to strike the right chord – and all for charity.

Hopeful singers, bands and buskers are being asked to submit a clip of them performing by tagging Trinity Leeds social media channels in their post from Monday 9th March.

The judging panel will then select the 10 most promising entrants on Tuesday 31st March to perform short sets at live audition nights to be held at Trinity Kitchen in April.  The five performances which gather the highest scores will make the final line-up for the album which will be recorded on Saturday 25th April.

The winning performers will also get the chance to appear as the warm up act at this year’s Live at Leeds (Friday 1 May – Monday 4 May. Tickets can be purchased at www.liveatleeds.com)

Marketing Manager of Trinity Leeds, Paul Smith, said: “Leeds has a rich and varied musical heritage, laying claim to names like Soft Cell and the Sisters of Mercy, through to the Kaiser Chiefs and more recently the Pigeon Detectives.

As a City, we have such a vibrant music scene and with the popularity of the live performances we regularly host at Trinity Leeds, we felt it would really be something special to capture the ‘Leeds Sound’. The enthusiasm we’ve encountered developing this project from the guys at Live at Leeds and the terrific judging panel, already indicates The Trinity Sessions album is going to be a great event to be part of.”

Ben Williams, General Manager of first direct Arena, who welcomed the chance to be part of a piece of Leeds music history in the making said: “first direct Arena has always championed local talent, from our pre-opening test events to Sound of the Month winners, so we’re really excited to be involved in Trinity Sessions – especially as it offers the chance to be part of a live recorded album and Live at Leeds. Hopefully we’ll be welcoming the winners onto our stage at the arena in years to come!”

The evenings of Live Auditions will take place at Trinity Kitchen at 6.30pm on Thursday 9th April and Thursday 16th April.

The recording of the charity album will take place live in front of the crowds at Trinity Leeds on Saturday 25th April.  Shoppers will be able to see and hear the winning performers lay down their tracks and watch the sound crew as they bring it all together in a stylish airstream mobile recording studio.

The album will be mixed overnight and the public will be able to get their hands on a download of ‘Trinity Sessions’ in aid of Martin House Hospice later the next day (Sunday 26th April).